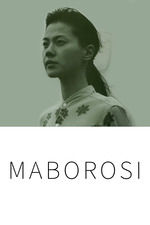 The debut feature of Kore-eda (one-time documentarist and director of the widely admired “Afterlife” and “Nobody Knows”) is one of a small, precious number of films for which i have felt lovesick. Maborosi’s story is superficially simple: affected by the death of her grandmother and her husband’s inexplicable suicide, a young Osaka woman starts new married life, along with her son, in a remote seaside fishing village, but finds the past continues to trouble her. Eschewing close-ups,the narrative draws the viewer in gradually, so that, as Tony Rayns says, intimacy is earned, not frivolously given. It is haunted throughout by a dark, almost overwhelming sense of mystery. The film’s masterfully controlled mise-en-scene, contemplative pacing, ‘off-screen space’ and quiet investment of objects (a bike, a teapot, a wisp of steam…) with both beauty and meaning, all recall Ozu and Hou Hsiao-Hsien. Its lighting is refined, at times, to the point of abstraction, while Nakabori’s photography is utterly, immeasurably exquisite. It is another treasure from the land of Mizoguchi, the isles of cinematic wonders. But Maborosi is not best served by hyperbole. It is an unassertive film, too shy, too pure and concentrated to seek the limelight. While compelled to tell of its elusive magic, I protectively fear its over-exposure. In publicising, am I breaking faith? It connects in secret. With the heart that is ready.