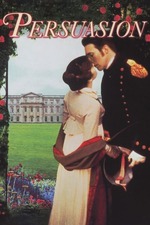 Every time. Every damn time I’m persuaded to watch a Jane Austen I start with the same screwed up effect on my lips. Well, not every time, when I’ve seen one I’ve already I’ve seen, I’m kind of relaxed, but when I see a new version of one of the books I’ve never seen a film version of before, that’s where the screwed up lips come in. I’m determined not to like it. I’m determined that I’m only doing it for my sweetie. Well, with this being Jane Austen’s birthday and all, and my sweetie being kind enough to organize the HAL’s birthday watch many years ago, even though she doesn’t particularly like 2001, I know it’s my duty to at least watch the damn thing without being smug or making snarky remarks.

It always happens.. about half way through I start asking questions ( ‘cause we can do that ‘cause we’re just by ourselves and not botherin’ anyone ). You have to ask questions ‘cause Jane has just too damn many characters.

I stopped asking questions about half way through and just shut up and ate my popcorn. At the end, like every other damn time, I had to say, ‘That was pretty damn good’.