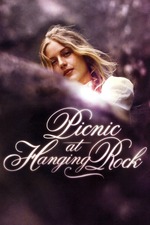 It boggles my mind that Peter Weir, the director of the masterpiece The Truman Show and the excellent Dead Poets Society, also made something with so little to latch onto.

On paper, this has a lot of potential as a creepy, genre-defying mystery, and I don’t mind how few answers it provides. But it’s directed, edited, and shot too much like a more straightforward drama, not really emphasizing the more off-putting sensation many of these scenes should have. I might see that dissonance working, but such a thing doesn’t feel intentional here. Occasionally there will be a creepily done moment, especially the final few shots, but that’s it. In a movie as light on plot as this for its length, atmosphere is everything, but I found very little in that regard. Even visually there’s not much to admire, especially the titular rock itself. The movie is shot well, but it’s not shot interestingly. It doesn’t seem interested in its own developments half the time, distancing me in the wrong way and sucking all the impact out of what should be highly memorable moments or reveals. Then there’s the extremely melodramatic acting and dialogue that make a chunk of it annoying to deal with as well (Edith especially got on my nerves), alongside scenes that are either too long or don’t need to be there at all.

I know 1.5/5 stars may be possibly too harsh, but I’m too fed up with it to bring myself to go any higher. Buried somewhere deeply within this movie, I see an extremely disturbing story trying to break out, about suppressed sexuality, abusive, fearful institutions, and the poisons of forced tradition. But Peter Weir disappointingly doesn’t seem like someone who could bring it out, at least not at the time. Instead, I’m left with my patience being tested, and all for a frustratingly lifeless experience.