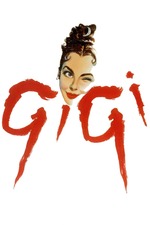 While the colors, costumes, and set are reminiscent of Minelli’s classic Meet Me in St. Louis, Gigi falls short in pretty much every other category that makes a great story and great musical. The songs aren’t great and the misogynistic undertones throughout the entire film make the themes less resonant.
The part of the film that definitely ages the worst is one of the very first songs, “Thank Heaven for Little Girls.” It’s sung by a womanizing old man... that’s kind of all that needs to be said about that.
I assumed Gigi would be more like Jo from Little Women where she doesn’t conform to the misogynistic rules set upon upper class women at the time, but instead they just attribute her lack of high class manners as being young and innocent. Once she is told to learn to act more proper and womanly, all of her rebellious ways are put in the past and she is now the perfect match for Gaston. This definitely sends the wrong message to young girls and women, no matter what era the film is supposed to take place in.
If you want a fun musical with a heart-warming family and better love story set around this same time, go back to Meet Me in St. Louis instead.