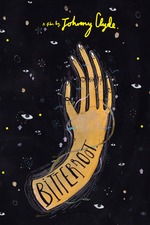 Sharing this update here as well, in case anyone is wondering what's happening:

It has been quite a year. When we launched our Bitterroot campaign, we never expected the year to pan out the way it has. Unfortunately, we also never intended for Bitterroot to be stretched out as it has either.

It has now been a year since our initial campaign. In that year, I have written Bitterroot as a novella and we have filmed about 25% of the film between lockdowns here in Germany and Austria.

I keep waiting for moments where we can continue, and they happen in very short bursts so we end up doing shoots over the course of a few days before another lockdown hits. However, we had to slow down with that as well as I am unfortunately considered high risk for COVID. This year I have been waiting and waiting to get chest surgery for my heart and lungs and as I write this email, I am supposed to have been on the operating table right now finally getting this done. That operation was canceled yesterday morning as the hospital saw a flood of COVID patients come in overnight and they cannot guarantee my safety. So now I am waiting for their phone call for me to go in. They said it could take days, weeks or months. They do not know.

Which, of course, means I do not know when I will be able to film again either. So all of this has led me to make a decision that was too long in the making. Bitterroot will not be the film I had initially intended it to be, it's not possible for the foreseeable future. I have spent too much time waiting for little moments that are becoming less and less frequent, and it's simply not worth filming two three days every 3-5 months.

So I have decided to turn Bitterroot into an animated/mixed-media film instead. It will be a feature film, and mostly the same only not a photo montage film anymore. I have been learning this year about digital art, painting and animation in preparation for this decision. I didn't want to make any final decisions until I was sure this was something I could pull off.

It's definitely a bold move, but one I wish I had made sooner. This isn't my first attempt at animation, I used to animate before I ever started making films. I don't have much more information at this time. I am working on a new trailer right now, starting today, that will reflect this new art direction. So I just wanted to write this as an overview update as it has been a while.

Hopefully the trailer will be ready soon and we can all get a clearer idea of what Bitterroot will be.

Thank you! And please feel free to write me with any questions. We are still trying to figure everything out ourselves. Also feel free to follow me on instagram @johnny.clyde.art as I will be posting little bits and pieces there.