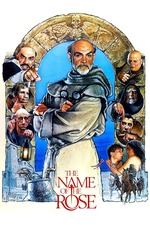 The Name of the Rose

A very European adaption, full of grotesques and the most gratuitous sex scene in recent memory. The woman involved in the sex scene doesn’t do anything but be hot and not speak, she’s a creation sprung forth from the French imagaination. The Middle Ages were far from perfect, but this movie is so condescending to the time period as to be distracting. The monks are a freak show, the peasants feral animals, everything is covered in mud, and the inquisitiors hiss all their lines. Monty Python respected this era more.

If this were just a mystery story with a medieval back drop, I’d tolerate generalizations. But the story engages with the very real and fascinating history of scholastics, the syncretism of pagan texts, the divisions between Catholic orders, and the divisions within the Franciscan Order itself, just to give it a patronizing pat on the head from a modernist hand. Can’t help but think of Audrey Rouget from Metropolitan;

“Has it ever occurred to you that today, from Jane Austen’s perspective, would look even worse?”

A good performance from Connery is offset by a dismal one from Slater. Not really his fault though, he was 15 and clearly couldn’t trust the adults around him.