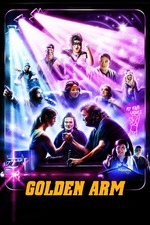 More than anything else, familiar. The plot follows the sports movie playbook to a T, you know where things are headed about two moves ahead of the characters. This wouldn’t really be an issue if that was just the structural tree to hang some beautiful ornaments, but those were even less unique. Very weary of vaguely Apatowian riffs and of women finding novelty in their own profanity as if we haven’t been on board with this for decades now. Philip Larkin said that sex began in 1963, which may or may not be true but I know for a fact that cinema did not start with Bridesmaids.

Positives. This looks very nice, I think the director is capable of better things if given more money and more script to work with. Mary Holland brings quite nice Sarah Paulson vibes to this. This was my first movie since covid began, it’s such a relief to be back in the theaters.