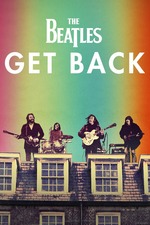 I have a hard time articulating my feelings about The Beatles because they’re such a part of the fabric of my being at this point it just feels like I’m trying to describe something as obvious and nonchalant as breathing. I don’t feel like I learned anything new about The Beatles individually that I didn’t already know, but I do feel like I have a much more nuanced understanding of their break up being rooted in pure clashes of creative processes, (well earned) ego, professional insecurities, and grief over the loss of Brian Epstein. There’s enough criticism to go around for everybody here, but I find them all deeply sympathetic. John seems the most over it though he clearly gets a second wind once they’re in Apple, Paul’s pissing everybody off over attempting to rally them through practical creative efficiency, George is clearly struggling to breathe under the weight of them and Ringo just seems burned out. But when they’re all working together, trying to make each other laugh, collaborating and truly listening to each other, the high is contagious even 50-odd years later.

I think what was most fun for me here, beyond watching The Beatles work songs out and fuck around for 8 hours (I could easily watch all 60 hours of footage, release it Peter), was getting a clear picture of all of the hanger-ons and engineers and film crew. The amount of blowhard self important pricks who keep trying to get their visions realized (most overtly Michael Lindsay Hogg constantly whining about “I don’t even have a film here” and then eventually deciding the only way this could be compelling was to do a hit job on Yoko. And the way he tried to dick-measure Linda over who’s the biggest fan? Shut up, Orson Jr) honestly dwarf whatever The Beatles’ are squabbling over. Everybody has these grandiose visions that feel like a total antithesis to who The Beatles were at heart. Glyn Johns comes out a true hero for being the most honest and down to earth, doesn’t surprise me he helped come up with the roof plan of action. Billy Preston is so cute and so crazy talented, I love how happy he is to be there and wish he got more rooftop close ups. Mal Evans also seems like a true sweetheart, and his death feels even sadder now. Also never realized how attractive and charming George Martin was?? Damn, I’ve been sleeping on the fifth Beatle, man.

So, I mean, this was a dream and I loved spending three entire days devoted to slowly savoring it all. Legit ready for another 50 hours or however much there is, let’s go. At least let’s get a super cut of all the Dylan covers — George’s cover of “I Shall Be Released” blew my mind.

PS - Why the missing half star? The AI deep dream motion smoothing ‘restoration’ really looks bad. It takes me out of it and makes it feel less real — their hair looks painted on in certain shots. It reminds me more of his WWI colorized footage than it does any sort of ‘improvement’ on color film. It’s confusing and weird and I don’t like it and I gotta dock it for that.