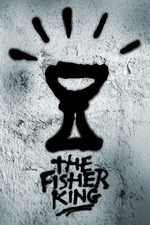 Terry Gilliam’s “The Fisher King” feels whimsical, fantastical and wonderful all the whilst feeling extremely raw and rooted in our harsh reality.

Gilliam does a fantastic job at directing this film, the camerawork is impeccable and the variety of different shot types was brilliant. The film is a gem to look at from start to finish and Gilliam even manages to use a “jump-cut” correctly (which not many directors do, even very well known directors.)

The acting in this film is fantastic : Jeff Bridges gives a fantastically despicable performance that was amazing to watch and left me in awe. This is now my favourite performance from Bridges because he plays a character that needs the certain charismatic tendencies that Bridges comes with. Not many people could’ve pulled off the character of Jack like Bridges does and he really did get snubbed for this film.

Now Jeff Bridges is great in the movie but Robin Williams (one of my all time favourite actors ever - check out my Patch Adams review I go into my love of William’s in depth in that review) gives a performance which is completely in its own league. He can have you laughing with his quick witted dialogue and extremely likeable demeanour but then can have you crying and thinking more and more about his perspective compared to the other characters.
William’s was nominated for the film and rightly so ! He gives a truly stellar performance, he can do no wrong In my eyes.

The film’s poignant and scarily relevant social commentary was on point too.
Gilliam’s exploration into the world of the homeless and the disrespect that comes with it was very truthful and painfully honest. In another directors hands, the film would have portrayed the homeless as very stereotypical (the movie even makes a very meta and on the nose joke in the third act about the disrespectful way that the homeless are portrayed in the media and in films and tv.)

The film was also exceptionally relevant in the way that it portrayed the repercussions that being in the spotlight can bring. The whole movie sets in motion because the character of Jack says something on his radio show which then ensues a massacre where in which a restaurant is shot up by a listener of Jack’s radio show. This couldn’t be anymore relevant than now where in today’s society people will listen to anything that they read/see online.
“Influencers” on the internet will also say problematic things on the internet without realising and/or thinking about the repercussions that this could have on their fans. I’m not a fan of censorship and I do believe in freedom of speech, we should all be able to say what we want but at the same time there is a responsibility when you have a fan base and they listen to you religiously. I don’t think that artist’s should pander to people to make something more accessible either but at the same time we do have to think about the things we say because they do have consequences and Gilliam portrayed this perfectly and it’s only aged even better with time.

“The Fisher King” is a treat to watch and I’d definitely recommend it.

The Reel House liked these reviews

The Reel House is using Letterboxd to share film reviews and lists with friends. Join here.