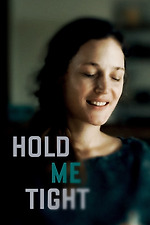 A FILM BY FLORIAN ZELLER
VICKY KRIEPS
“THE MOTHER”

Jk. Or maybe not.

Boring story about me and Mathieu Amalric, I once got to share an ashtray with him for a couple minutes, and I can tell you he smokes the heaviest tobacco on earth — the kind of stuff that has smell latching onto every fabric within a 20-yard radius —, and that he loves smoking it as much you can imagine — by God, does he smile with satisfaction as he puffs away.

Hence why we’re supposed to believe Vicky Krieps loves smoking that much as well, something that it’s not hard to believe at all. But here’s the thing: there’s so much to every exhalation and sigh of hers. And she’s in full control, we believe whatever she wants us to believe. So that when the rug does get pulled… twice… it makes you sure you’re not watching a run-of-the-mill exploration on grief.

Amalric’s approach to this play (which I’ve never read) certainly proves itself disorienting, but it gets the job done in conveying that severe trauma just sends one off the rails. And on a rare instance, it also forces one into facing an old wound, the one of imagining a parallel life the dead could’ve taken, hadn’t they been taken away from this world.

It’s a sorrowful, surrealistic and sultry experience (that club scene…!), that isn’t afraid to send people home in a depressive mood, and at the same time amazed, that they were challenged with some depths of mind that the local multiplex doesn’t offer every week, with a delicate élan that only the most daring of filmmaking gets to have.