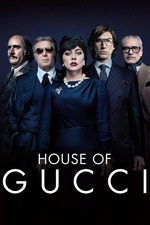 On Wednesday afternoon, I went to go see this bad boy, surrounded by a swarm of older people coughing all around me. I would have written this review yesterday if it hadn't been for the big Thanksgiving holiday. This may have been a gift in disguise in the broader scheme of things since I now have the opportunity to comprehend Sir Ridley's work entirely. But, to be honest, I don't think so; in fact, I believe my rating dropped as the film wore on me due to this, haha.

Look to cut through all the bullshit; this baby needs a filmmaker like De Palma (especially in his peak) to be in the pilot's seat.

Throughout the film, I kept thinking about how fantastic it would have been if Scott had gone on to make a film in the style of something like De Palma's Scarface. As this thought raced through my head, I realized that Al Pacino's presence in this film didn't really help out matters either.

Ridley does a nice job of articulating this sense of Da Palma-ness with some of the film's components. Especially with Jared Leto's soon-to-be-infamous performance as Paolo Gucci, a Super Mario Bros.-style talking Gallagher without any of the watermelons looking fellow, who comes across as the biggest Italian caricature to grace the silver screen in a long time.

While Lady Gaga's Italian-based, Russian-sounding accent does come close into reaching into this same sort of effect. Still, in comparison to Leto's performance, it comes across as an older sibling who suddenly begins to receive less attention once their newer younger sibling is born, thanks in part to just how perplexing his performance is here in comparison to Gaga's, which is the one that is mainly front and center throughout the entire film.

The only thing really missing from these two unprecedented-like performances I've just highlighted are extra bombastic lines of dialogue that would have adequately incorporated the over-the-topness that each of them brought out for this film with each of their characters, such as Gaga's impromptu "father-son and house of Gucci" line for example.

In theory, I believe the film would have been far better if it had included more absurd lines of dialog throughout its duration. Like the one I just quoted from Lady Gaga's character, which appears to be highly quotable already based on the sensation it opened up just from the presence of it being in the film's first trailer alone.

Hell, If only Scott had watched Scarface on cable or something the night before principal photography started on this and then showed up on the first day of set with a huge ass projector and presented the entire cast and crew of the film with the line Al Pacino says in it, "All I have in the world is my balls and my word, and I don't break 'em for no one," and said to them, "You see, everyone, that's how I want every line of dialogue in my movie to be presented like, you guys," perhaps this film could have been something quite extraordinary here.

Okay, that's enough about Scarface. Because Christ, it feels like I'm only one step away now from typing up all of the lyrics of Amy Holland's She On Fire in my review of this and calling it a day, so let's move on.

House of Gucci is a glaringly underwhelming experience that doesn't function as well as it should have, considering how intriguing the subject matter throughout it is.

Right now, I'm thinking up one of the most vicious pieces of criticism I've ever delivered in all of the reviews I've written on this site in my entire existence of it.

Call me Jimmy Neutron or something because what I will write next in my review is causing me to have a big brain blast.

Okay, here we go: This is a movie set in the 1980s, and not a single person in it does a single line of cocaine throughout the whole film.

Now, of course, there are several works set in the 1980s that do not use cocaine. But, come on, Ridley buddy, a tale constructed around the aura of Gucci and the entire fashion industry, you've got to be kidding, right?

The film is also remarkably messy. The shit is packed with so many incomprehensible time lapses throughout its duration that you think it was operating similar to Synecdoche, New York, or something, but only in this case, inexplicably not on purpose like that film was in the matter.

I'll wrap it up here: honestly, I'm not too fond of writing reviews that end up being nothing more than me bashing the film in the end. But in this case, so much of it didn't work for me that I couldn't avoid it, really.

Scott's film has some charming moments here and there, but for a movie that is 157 minutes long, what exactly is it worth in the end?

Thanks for Reading - And in the words of Kayla "Gucci."