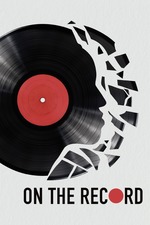 The original reporting on the sexual assault allegations against Russel Simmons came out in 2017 during the peak of #MeToo coverage. Unfortunately, due to either media saturation or the underlying racism guiding which stories get the most attention, this particular case seems to have had a muted cultural impact.

On the Record is a documentary that not only recounts the history and allegations against Simmons but looks deeper into the unique experiences and additional scrutiny that Black women face when they attempt to come forward. Helmed by Kirby Dick and Amy Ziering whose Oscar-nominated film The Invisible War investigated the prevalence of sexual assault in the military, On The Record provides space for the survivors to tell their stories with minimal interference.

Drew Dixon, who was once an acclaimed A&R executive at Def Jam, is the centerpiece of the film. Although there are many interviews with subjects including several prominent survivors, and several academics like Kimberlé Crenshaw, the heart of the film rests in tracking Dixon's story from the initial incident, her decision to go public, and the resulting aftermath. Intellectually astute and emotionally piercing, the film paints a raw and unforgettable portrait of the #MeToo experience.