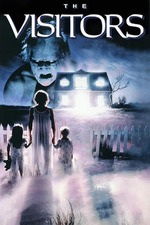 It wasn’t even that this was boring. I was vaguely interested and faintly charmed but the cheapo spooky atmosphere, but it just felt like it was all a lead-up to nothing. I’m not quite sure what was going on here.