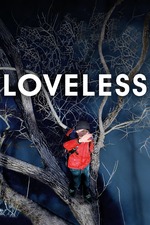 As much as we bicker with our parents, it’s safe to say that no child ever wants to feel like they’re not wanted. Unfortunately, poor little Alexey is the biggest loser of the parental lottery. His parents are going through a divorce so brutal, it makes you question why they even got married in the first place; they have both found new partners and it’s clear from observing their separate lives that their son doesn’t fit into the equation. One night they argue over who should take custody — neither of them wanting to carry what they consider a burden. A shot tracks the mother, Zhenya, as she leaves the bathroom and slams the living room door to reveal a devastated Alexey hiding behind it — his face projecting horror and overwhelming sadness. It is perhaps the most powerful shot in a film full of them. Any cliched metaphor can be applied — a stab in the heart, a punch in the gut — from there, I understood that this was going to be a rough ride, though I was never expecting it to be easy.

READ MY FULL REVIEW ON MUCH ADO ABOUT CINEMA