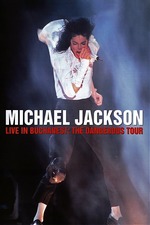 I don’t usually log or review concerts on here, but I will make an exception for this one.

To me this is the best concert performance I have ever seen. MJ was at his height, all his best songs were available for the Dangerous tour and he was fit and in top shape before the struggles came soon after. You can see how relaxed and well he is compared to later concerts, and he uses less playback and delivers more high octane dance performances than later on because his health allowed him to. He has every single fan in his hands (well, those who didn’t faint and got carried away that is — there were a lot of them!).

Everything from the setlist (one person having so many legendary songs? We’ll never see that again), to the insane choreography, to the shifting themed stage show, to his incredible singing (he sings a lot live here). It’s perfection all the way. The perfect artist and entertainer at that time. It’s sad it went downhill fron there, even though History has its moments it would never again reach the same level, not the songs nor the performances. But from Off the Wall to Dangerous, that four albums string are at such a high level I’m certain no one will ever be able to copy again.

I will forever be envious of everyone who was able to experience his Dangerous tour live. I was only 3 at the time. I did have tickets to one of the O2 shows just to actually experience him live once, but we all know what happened.