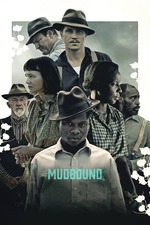 There is a pervading sadness to this from the very beginning (which perhaps is also in the book- I havent read it), looking at the lives of two families, a white one who own a plantation in the Mississippi Delta in the 1940s, and the poor black one who live on and work the land.

From the outset, the film has all the trappings of a handsome prestige Oscar bait picture, but in a good way due to the aforementioned restraint which enables a certain lyricism to eventually come to the fore. It features a very interesting use of narrating voiceover, turning it into the inner monologue of most of the key characters each taking the baton from the other. This isn’t employed as a portal into the mind of the various characters offering glib emotional insight but, rather, offers musings on life, love, the world, religion, family, economics and conflict.

There is also some sterling understated (that word again!) work by the DP which helps keep the whole enterprise grounded, as well as sterling work by the cast, and especially (and unexpectedly) by Mary J Blige who is unrecognisable as the mother in the black aforementioned family, the most perceptive of all the characters being the only one who can see the shifting of societal sands. She gives a stripped-back performance that is quietly inpressive, imbuing with soulfulness what could very easily have ended up as merely a stock “strong” matriarch character (as this is precisely how the character is written).

The material is worked slowly and the film is necessarily “long”, and for all its abovementioned positives it sometimes does feel a bit staid and boring but the ending, despite its sheer predictability packs a real emotional punch.

Ive never seen anything by Rees prior to this, but on the strength of it she announces herself as a talent to be reckoned with.