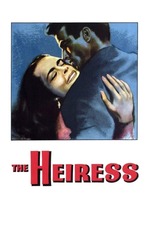 They made Montgomery Clift less villainous in this adaptation because they wanted to preserve his potential as a romantic leading man. Well, I don't know if that worked in that regard but it worked remarkably well in keeping his character as ambiguous and intriguing as possible.

The soundtrack works wonderfully as well, as it chooses to underline Katherine's emotional experience rather than emphasize the suspicion that they'd been building textually. In the end, this forces the audience to sympathize with her rather than just think she's a fool.

The Prince of Egypt