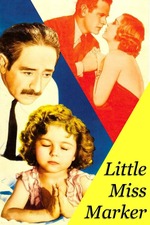 Really, all Damon Runyon stories are more corny than people realize. He wrote about gangsters, but for the most part, his gangsters were good eggs underneath it all, and no one really gets killed. They're always doing good deeds that go against what they think of as their character; in addition to this, there's also one that got made into a Frank Capra picture that definitely earns the slur of "Capra corn." Much as I like Guys and Dolls, even that is pretty silly. Remember that Sky Masterson is supposed to be a notorious gangster, but he doesn't even take advantage of the woman he hauls of to Havana and gets drunk. There's a handful of characters in the Disney movie The Cat From Outer Space called Honest Harry, Sarasota Slim, and Earnest Ernie, and the lot of them feel exactly like Runyon gangsters to me. (Indeed, Tom Pedi, who played Honest Harry, was also in two movie versions of this!) And mind you, I've actually read some Runyon. It really is the Frank Capra/Shirley Temple version of the gangsters of 1930s New York. Let's just say none of these guys would survive a full season of Boardwalk Empire.

We begin with some odd issues to do with a horse that, if allowed to run fast enough to actually win a race, would die. So a bunch of gangsters, including Sorrowful Jones (Adolphe Menjou), are rigging some things to convince a bunch of people to bet on the horse, which they know will not be allowed to win. One of the people who bets on the horse is a desperate man (Edward Earle), so hard up he doesn't get a name, who persuades his bookies to take his young daughter, Marthy Jane (Shirley Temple), as his marker for a $20 bet. Of course, he loses--and kills himself over it, leaving the gangsters with his daughter. Sorrowful ends up her caretaker. He is in love with Bangles Carson (Dorothy Dell), moll to the horse's owner, Big Steve Halloway (Charles Bickford). There is perhaps an indication that she doesn't dislike him. She helps care for the girl, dubbed "Marky" by the gangsters, and she is horrified to discover that a little girl raised by gangsters is picking up some not-so-delicate traits, including harsh language. It's only because this is a Shirley Temple film that there is no actual swearing, or even pretend swearing.

As usual, there's a lot we skip over. Marky talks a little wistfully of her parents, but once she's being taken care of by Sorrowful and company, there's considerably more concern that she will instead end up with a wholesome couple. Taken away from criminals, in other words, because hey--it turns out most of the main characters are criminals. Who knew? But we also know that her father was hurt and bitter even before losing that bet, because Marky tells Sorrowful about her father's bitter atheism after the death of her mother. (No one in movies, especially of this era, is ever just atheist; it's always bitterness over some loss or another.) And, yes, he believes that his twenty-dollar bet will make everything better, which is unlikely to be true even with the behind-the-scenes shenanigans we the viewers know are happening even before the race. Even though twenty dollars in 1934 is closer to three hundred fifty today, the pay-off should he have won probably wouldn't have changed all that much. Someone who'd leave his kid as a marker for a bet--and then kill himself when it lost--is probably not going to make great choices for the kid regardless.

I'm not a huge Shirley Temple fan, to be honest. Oh, I think she was a better actress than she got credit for. I even like some of her movies as a teenager, after she stopped being Shirley Temple as everyone thinks of her. (The Bachelor and the Bobby-Soxer is a lot of fun.) She isn't doing a lot of acting here, but no one is much asking her to. The issue, though, is that the movies that were being used to cheer people up in the depths of the Depression are not ones I'm over-fond of in general. Her mother was apparently off on the sidelines, telling her to "sparkle!" (And this is right around the time when a department store Santa Claus asked for her autograph!) And she sparkles. The plots? Not so much. Everyone in Shirley Temple movies from this era overcomes all sorts of gruff not-liking-kids because of the sparkle thing, and that just doesn't work for me. Mind you, I like most kids, but that doesn't mean that I think these characters ring true when they completely win over the most crusty men.

Still, the corny nature of this one isn't Shirley Temple's fault. She's a perfect fit for the material. This was her first feature, or anyway the first feature where she starred, and it's easy to see why she was so popular. She wasn't just a fit for the material; she was a fit for the times. I watched this as part of something called "The Shirley Temple Little Darling Pack." This, I think, also has a lot to do with why her later films did so poorly. What people wanted from her was the chipper little girl with the curls. And, indeed, when she was ambassador to Czechoslovakia, she claimed to have successfully saved lives during the Velvet Revolution simply by being Shirley Temple and reminding various soldiers of her past career. Even fifty years later and in another country, who could resist her? Which I suppose makes the transformation she works on Sorrowful Jones a bit more believable. And anyway I've always really liked Adolphe Menjou, even if this isn't the only film I can name where a heartwarming little kid breaks through his crusty exterior and gets him to adopt someone.