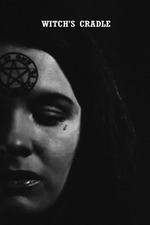 I can't speak for people who don't like experimental cinema, so I apologize if my hypotheticals don't match your perspective. I assume, though, that one stumbling block often faced by people who don't like avant garde works is that there is no discernible narrative. The preference is for what is seen solely on the screen to present some story to connect with, to make some sense of the images. Sometimes, an image is powerful enough on its own to convey some meaning, some energy that none can deny it. Still photography and paintings have for centuries been able to capture people's minds, but film has been designed with movement in mind. A narrative needs to be contained within its whole framework.

That's fine, too. People like what they like and look for what they need. Personally, I am at home to no narratives whatsoever when no narrative is implied, but the fact that some prefer strong narratives--and I am not necessarily speaking of some imagined and implied lesser "common audience" nor anyone specific here, because I don't think it is lesser nor can I think of any specific person--within the film itself is a valid way to view film. My argument, however, is this: there are always narratives to connect with.

I have mentioned before that I take a film in whatever context I find it. For some I intentionally construct that context by either seeking out or avoiding spoilers (the newest Star Wars was one I wanted to come into ignorant, for instance, out of childish delight), and for some, I simply find them because either someone on this site or Twitter or somewhere talked about them, setting the stage for me. Sometimes, a film has a reputation, and sometimes, its obscurity tells a story of its own. All of these context come with their own narratives that interweave with that of the film, providing insights or obscuring them, perhaps. No one avoids this--the narrative of taking in a film objectively is a narrative itself, of course, a context all its own. This is the old "there is no objectivity" argument made again, I know, but with the admission that your attempt objectivity is a valid point of view on its own (merely not a superior one).

These narratives not only matter, but provide the means to connect with any film. I bring with me my experiences as a queer trans woman to everything I view, and that affects my appreciation. It's most notable in films that directly comment on my experiences, but others that reference parts of my life directly or indirectly have a certain power to them--see Ginger Snaps most recently. Some films that have nothing to do with me (see Selena, perhaps) provide still a potent context because they reveal new perspectives and have a familiar framework, or simply help give insight into the lives of those with whom I wish to express solidarity. And then, of course, there are films that are antithetical to my experiences that are vastly more difficult to connect with, that either have to be picked like a trash heap for hidden treasures or discarded entirely. Narrative films are easily subject to this.

Experimental films... The narrative might be harder to capture, but it's always there. For Brakhage, it is often in how the film is construct (without a camera, made with paint and scratching, with no sound) and how that affects the viewer (ripples in the soul). For Lipsett, it seemed often to be about juxtaposition via editing. For some films (Falling Cat), it's a literal experiment to see what happens. When this latter is applied to filming techniques or technology, that narrative (which has improved the reputation of, say, Citizen Kane) gains prominence to many who appreciate film (there is no doubt upon viewing Deren's work here that she is playing with the tools and applications of what would evolve into more complicated special and practical effects). That's not a complex story. That's not a sweeping epic, but it is a narrative that provides a context, provides an insight, provides the content of the film. (Another context that has a lot of power, I think, is lost or forbidden films, or previously lost films, like The Passion of Joan of Arc or The Day the Clown Cried--some people ignore this context and others embrace it. This is especially true for me and anyone looking for the queer treasures buried or burned in the deep past.)

For me, one of the stand out qualities of this film is that it is constructed from fragments, that it is a posthumous assemblage by "staffers" (this is not a pejorative--I am certain they were excellent at their craft as I have just watched the evidence). This gives it partly the power of a "lost" film in that it is a treasure we might not have had otherwise, and it gives it the power of the collective (which almost all films theoretically have, but egos and auteurism are mighty demons). It's a narrative that exists outside the frame, but it spills into the film (either before, during, or after you watch it) and whispers "this is something different." Therein lies a framework--how is this different? Does it look exactly like any other Deren film (I will leave that to the experts)? Would it have been assembled differently under her living direction (of course)? Does it compare to other films constructed this way (in subtle ways, perhaps, though I can think of no examples)? Is something missing (I think that is the case)?

To me, the narrative the film provides (outside its frames) is the one I've explored above, the implication that these narratives matter. The images in the film, from the witch's cradle (which binds energies?) to the forehead-branded symbol to the mirrors and sudden vanishings all craft an atmosphere of eeriness. Their associations with witches (and thus the empowerment of women) stirs my blood. The connection to this particular season has complicated connotations. This is the month when I yearn for the smell of autumn that never comes in New Orleans, but also the month I relish the sustained summer heat and its slow fade into blissful fall temperatures (mid-70s perfection). It is the month I was born and the month I was reborn. It is one of celebration and costuming (this city decorates with wild abandon), and it is one of increased activity at work. Minor things interweave with major ones, but because this film is centered on witches and the occult, none really matter except the call of Halloween (Halloween Halloween oh god it's stuck in my head).

By ignoring the call to narrative, Deren's haunted visions and flickering realities, her lines and wires, her angles and architectures become suggestions, open doors to our own experiences with these symbols. Thus, mirrors become for me both gateways and traps. Thus witch's cradles become a nexus for power and control in the hands of those who are otherwise denied it. Thus, the occult imagery reminds of friends and heroes of mine; thus it suggests protection in the darkness as much as it draws from childhood impressions of totenkinders and spearfingers. It is an alluring creepiness, a welcoming embrace of what others call evil (sisterhood is always evil in the eyes of men). These are impressions, imprints on fleeting scenes that are wrapped in shadow and seen from above or just around the corner or outside of reach, and the impossibilities within this framework (a framework that has no patience for standard narratives) become entirely possible. It becomes inherently magical. That is what the narrative of this film is.