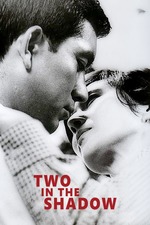 Along with the usual feministic themes and emotional power, this film captures the pain not just of incredible loss, but of the attempt to recovery from that loss--or the guilt of causing it--in incredible, melodramatic detail. Naruse's final film is character study of two people missing something. Yumiko has lost her husband and her future and, in a way, her freedom. Shiro has lost his fiance, his position in Tokyo, and, for lack of a better word, his innocence. Their recoveries are bound together in a slow, torturous collision that plays out in picturesque rural Japan.

The eventual resolution, if we can really call it that, is built to after a series of hints at other possible futures, all of them quiet suggestions, most scarring the suicide pact. Watching them orbit each other slowly until they finally begin to connect is excruciating, but watching their gradual connect and disconnect is like being peeled alive (in a good way).