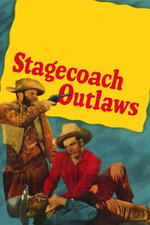 About as cookie cutter a Western as I have ever seen, this film is almost completely unremarkable. A simple plot line, second rate stars, and... No, that's it. That's pretty much all that I can find to say about this film. It's another episode in the cowboy days of the silver screen that doesn't rise above its low quality print. All of these old Westerns that I got in the bargain bin have terrible quality. In this one, and a few others, there's literally been pieces of the film missing, like it was burned or something. Which is kinda neat, actually.

Anyway, this film is a pretty simple plot of misunderstanding with an addition of Western violence (bloodless and direct). The action sequences aren't anything to write home about, but there's some funny moments with Fuzzy St. John, who seems a poor man's Gabby Hayes, who in turn seems a poor man's Walter Brennan. That sorta sums up this film.