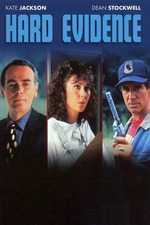 Justice in a Small Town

Yes, the FBI investigates corruption in U.S. government, but it's usually politically motivated as to who they go after, and it's been proven they target progressive Black people in government intentionally. So depictions like this, though based in truth, serve to sanitize the image of law enforcement and convince you that they're not institutions existing entirely to oppress you.

That out of the way, in spite of that, this is an enjoyable TV movie thriller with a bad soundtrack. The central romance is believably portrayed. It's corny and a little too wholesome. There's barely any tension since you know they all live. But it's an enjoyable below average kind of TV thriller. Terry O'Quinn and Dean Rockwell should be in it more.

Whose Daughter is She?