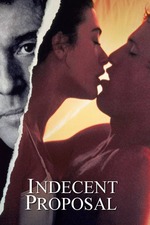 It could be a great film. If it had just been created by people with a clearer understanding of the misogyny they were depicting, it could have been a masterpiece, an exploration of men's feelings of ownership over women and the toxic nature of those feelings. You can see it as both John and David interact with Diana, but the film fails to engage more deeply with it, veering instead into a love story that is both trite and offensive. Instead of showing how David's jealousy and John's arrogance come from the same place, the film acts as if David has some reason to "forgive" Diana, that somehow she was at all in the wrong in all of this (she wasn't). The film fails to understand the violation of consent and the power dynamics at play here, and it fails to address the vileness of John's manipulative behaviors. It also paints him as far more sympathetic than a man in his position/doing what he does should be presented. He's a monster not because he reduces women to things (though for that, too), but simply by being a bourgeois predator in general. Instead, the film wants you to pity the lack of true love in his life, as if he doesn't deserve so much worse for the exploitation he commits.