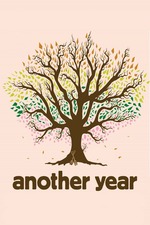 Gerri is a confident, mature, loving woman who is in a strong relationship, and she is decent and protective of her family and intelligent and sincere. She has her life together, which makes me envy her, I admit, and she has a very real relationship with her husband that is neither picturesque perfection or rocky dysfunction. She is a real person, but that seems redundant to saying she's a character in a Mike Leigh film. She's also very compellingly beautiful in a way I fail to have words for.

Mary is just fucked up. Drunk (a characteristic I will likely never share), broken-hearted (a characteristic I will likely never not share), and lost. She is desperate, and her eyes run with tears constantly. She's petty not because she's a bad person, but because she is terrified. She is afraid, and fallible, and so, so sad. She wants love, and a family, and stability, and freedom, and she tries so hard for all of those things without knowing how to get them. She lays her problems on her friends, and yet the gulf between her life and theirs is so vast that their comfort cannot fill the void.

This film doesn't offer much hope for Mary, but it also doesn't suggest she's beyond it. It portrays her as she is, and it suggests she has a long road yet to travel. Gerri's life isn't perfect, either, but it is stable. The film shows just how far that goes, in beautiful, slow-moving contrasts.