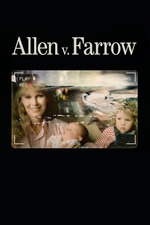 I have long been convinced of his guilt. I can't recall exactly when, but the power of Dylan Farrow's letter some years back certainly left an impact on me. I would even credit that as the nascence of my refusal to watch his work.

This docuseries gives Dylan Farrow a louder (but not loud enough) voice than she has had before, a more in-depth look at the evidence against Allen and a rebuttal to the media narratives that defend him. The accusations that this is somehow unfair to Allen is ridiculous. He has controlled the narrative for decades, and only a mass movement and awareness campaign about sexual assault and abuse was able to even get this much. That this film, however, might be unfair to Moses or Soon-Yi is a more fair assertion, and one that deserves more attention.

The film puts energy into discrediting Moses as a mouthpiece for Allen, but the lack of his own direct voice on the matter does make it feel like another victim might have been silenced. It is certainly possible that Mia Farrow was abusive toward him or others and that Allen molested a 7 year old girl. It in no way lessens my belief in Dylan Farrow's story, but it weakens the film and gives the powerful people who want to discredit her fuel for their campaigns.

What the film does well is breakdown the myths presented by the PR smear campaign against Mia Farrow and Dylan Farrow, pushing back against the influence and power of Allen and his people. The dismantling of the Yale investigation, the ending of the Connecticut case, and so on brings up hard facts, inconsistencies, and testimonials in order to get their point across. It also makes not of the unjust disparities of the system when it comes to abuse and parents, of women speaking out, of the inherent defense the system creates for abusers. It cites the names of people involved, digs up parallels, shows notes and figures. But it's not enough.

It's entirely possible that there's no way this series would be enough. In a capitalist world that thrives on division and the subjugation of women and the empowering of abusive people, there's no way to present this information that won't be vulnerable to the attacks of those who have all the wealth and power and motivation to derail it.

But this film falls into multiple traps, the kind of traps that exist out there because of the centuries of abusive, powerful people controlling the narrative. So the same attacks will be lobbed at this that have been lobbed at abuse victims or those who speak out on their behalf for centuries.

There are moments where you can't help but cringe at the nakedness of the impartiality, not because you disbelieve or don't agree with what's being presented, but because you know the predators are going to latch onto it, choose that point to attack it. I am not saying this is even a flaw in the film so much as a recognition of the limitations of art, media, that goes against the grain of the capitalist ideological machine. This is a soft whisper in an ocean of noise.

From an artistic point of view, the film also suffers for its ambitions. It seeks to dissect Allen's filmography, dismantle the case against the Farrows, understand the systemic protections of abusers, and analyze the support for Allen within its narrative. Each of those deserves more attention than even a 4-hour docuseries can handle. The ambition can be praised, but it still ultimately feels incomplete, especially as it engages with the latter. Placing this within the narrative of the millions of unheard abuse victims seems self-serving when none of those are given as much of a platform, and the film's avoidance of the deeper analysis required to truly understand systemic misogyny and support of abusers makes it feel like an afterthought.

The film is at its strongest when it lets Dylan Farrow speak. This should be her film much more than it is, though of course, that would perhaps lessen the impact as so much goes into contextualizing the abuse and Allen's predatory nature. The film succeeds in unveiling his loathsome behaviors, from his grooming of Soon-Yi to his misogynist filmmaking to the unpleasant ways he speaks about women in general, and of course the abuse itself. But the impact of what he did is felt most potently when Dylan Farrow speaks up, and it feels impossible as a survivor of abuse to hear her words, see her reactions, hear her story, to even consider not believing her. The damage he did to her and her life is evident in her story.

I have read elsewhere defenses of Allen demanding the application of things like common sense or Occam's Razor in order to debunk the accusations of conspiratorial PR campaigns and schemes on Allen's part, though those are rarely credited to Dylan Farrow's side. But all of that is inadequate to understanding abuse and the capitalist system in general, misogyny and racism, and the unbelievable profit motive that exists in preserving the legacy of a man who made nearly 50 profitable films that still exist as properties owned by corporate giants who view human life as a roadblock to their enormous wealth.

That's the crux of it, unfortunately. This film exists within a capitalist framework. It exists because decades of fighting have made this kind of series profitable, or at least a source of prestige for a network like HBO. It exists because the struggle to hold accountable the bosses who prey on us has given some space to the voices of the abused. It might not last, so it's good someone took advantage. But the same machine that defends abusers and makes it difficult to report them and silences the abused made this film. There's a limit to how much they are willing to indict themselves in it--HBO made millions showing sexist portrayals of women and glorifying powerful men and indulging in graphic depictions of violence against women, after all. The film industry, even the subset that involves documentaries, has long benefited from the protection given to the powerful abusers out there. Weinstein's "fall" (are his bank accounts hurting?) is an anomaly. Allen, Singer, and Polanski are still out there.

To truly understand why abusive people thrive in this world would require understanding how abused people make good workers under capitalism, how the oppression of women drives a significant portion of the population to provide free labor to society, how racism and other bigotries divide us and weaken us and make our labor cheaper. To understand why those who speak up against abusers often get destroyed, one must understand that abuse is rewarded in the capitalist system because the capitalist system is a form of abuse. No product of a major TV/movie studio will ever be able to convey that in the way it needs to be conveyed.

So this cannot possibly be the piece it needs to be to fulfill its ambitions, not if those ambitions include an understanding of the system that defends abusers. Still, it's more than most films would do to even point out the problem exists. And that's the value of this: it speaks up on subjects that have often been silenced, gives voice to the victim of abuse from an inordinately powerful figure in Hollywood, and exposes how these smear campaigns against victims work. Unfortunately, it will not be the document that ends that which it speaks out against.

(It is worth noting that seeing Dylan Farrow and Frank Mako meet in fall 2020 and not wear masks is shocking and probably an indication of how Hollywood will address the pandemic--completely ignoring it going forward save for some rare exceptions.)