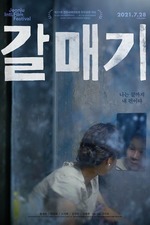 O-bok, a woman in her early 60s, spends her days working at an outdoor fish market in Seoul and preparing for her daughter’s wedding. One night, her life is upended when she becomes the victim of a sexual assault by a coworker. As she comes to terms with what happened, she discovers that other colleagues have been all too eager to cover up the event, and that her family is incapable of handling her trauma. Kim Mi-jo’s searing drama—anchored by a multifaceted performance by Jeong Ae-hwa—elides any gratuitous representations of sexual violence, and is all the more devastating for it, allowing the assault to linger as an off-screen memory while focusing instead on O-bok’s gradual acceptance of her own rage—for her own assault and for a violent, chauvinistic culture.

Playing virtually nationwide from 5/7 - 5/12 in our Virtual Cinema!

See more at the 50th New Directors/New Films and save with an All-Access Pass.

Film at Lincoln Center is using Letterboxd to share updates and lists with their audience. Join here.