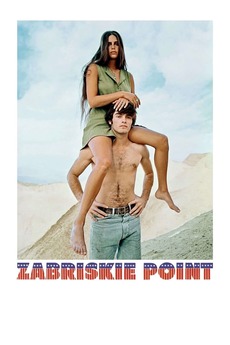 How you get there depends on where you're at.

An epic portrait of late Sixties America, as seen through the portrayal of two of its children: anthropology student Daria (who's helping a property developer build a village in the Los Angeles desert) and dropout Mark (who's wanted by the authorities for allegedly killing a policeman during a student riot)...