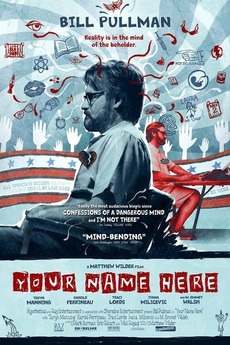 Reality is in the mind of the beholder.

The lines between reality and perception blur in this comic journey into the life and mind (literally!) of one of sci-fi's most brilliant authors. Paranoid conspiracies of the highest order, drug-fueled interdimensional shifts, and 1970's pop culture combine for the mind-bending adventure of the century.

This is a compilation of all feature films that have played at Fantastic Fest in Austin, TX from 2005 through…

This is a list of films set, at least, partially or fully in the 1970s. Not films filmed in the…

Films about real life people that aren't just dramatised Wikipedia pages (for better or for worse). Details in the notes.…

Adaptations of PKD's novels & shorts and films inspired and influenced by his work. + some documentaries worth checking

The life of writers

About the Author: Films on Famous Writers

List of all the Fantastic Fest films for 2008. This is the 4th annual genre film fest in Austin, TX,…