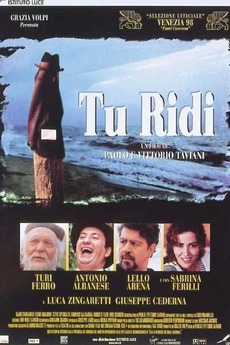 Two segments: In the first one Felice, a baritone who has had to give up his career because of a heart condition and now works as an accountant at the Opera, inexplicably spends his nights laughing in his sleep. When his best friend, a cripple, takes his life and his wife abandons him Felice decides to die himself. In the second segment two kidnappings in Sicily, the second of which took place a century before the present one, are compared.

Orange and blue. I've taken this list too far.