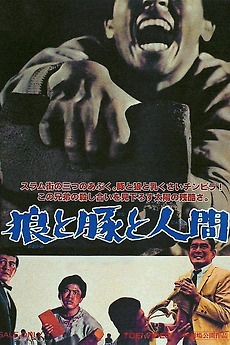 Do we stake our lives?

Sabu and his pals hold a pauper's funeral for Sabu's mother. His brother Jiro arrives home, fresh out of jail, and Sabu pointedly states that Jiro is not invited. Jiro meanwhile is planning a big job - steal 40 million in cash and drugs, and he invites Sabu and gang to act as decoys, for 50,000 each. The sting is a success, but the double-crossing starts almost immediately. Sabu discovers how little of the take they were promised and hides the stash. Jiro and his slimy partner pressure the kids to fess up. Meanwhile, their respectable elder brother Ichiro is being leaned on by the town's big boss, whose money it was.

the disturbing, the weird, the painful and the sad: the DARK from the deepest subconscious pits of the imagination onto…

I exported my gigantic watchlist to a normal list so it's easier for me to work around and manipulate.

My Movies from Japan