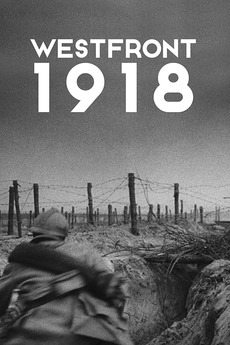 A group of German infantrymen of the First World War live out their lives in the trenches of France. They find brief entertainment and relief in a village behind the lines, but primarily terror fills their lives as the attacks on and from the French army ebb and flow. One of the men, Karl, goes home on leave only to discover the degradation forced on his family by wartime poverty. He returns to the lines in time to face an enormous attack by French tanks.

There are some other lists you might want to check it out: French Films Italian Films Russian Films Spanish Films…