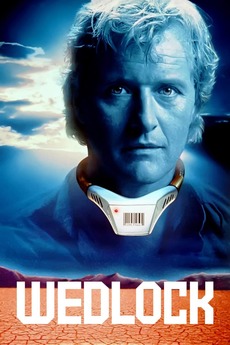 A male prison escapee heads for his hidden loot, electronically attached to a female prisoner.