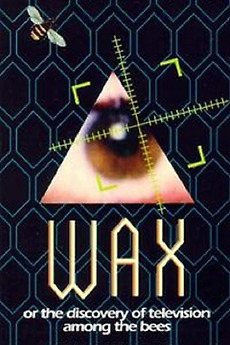 Wax, or The Discovery of Television Among the Bees

Computer programmer/beekeeper Jacob gets a "television" implanted in his brain by a race of telekinetic bees, which causes him to experience severe hallucinations.