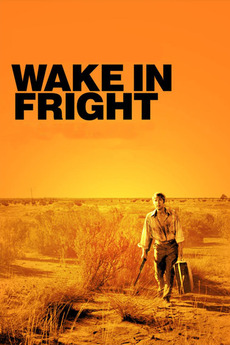 Have a drink, mate? Have a fight, mate? Have some dust and sweat, mate? There's nothing else out here.

Wake in Fright is the story of John Grant, a bonded teacher who arrives in the rough outback mining town of Bundanyabba planning to stay overnight before catching the plane to Sydney, but as one night stretches into several he plunges headlong into his own destruction.