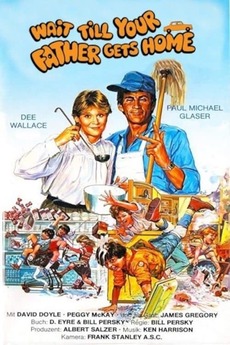 Wait 'Till Your Mother Gets Home
JustWatch

Wait 'Till Your Mother Gets Home

An award winning high school football coach finds himself out of work, and switching roles with his wife for the summer when she goes back to work for the first time in 15 years.

Needs to be added to TMDB: Born Too Soon (1993) EDNY Ellery Queen: Don't Look Behind You Flesh and Blood…

Clone: The Most Comprehensive List of 80s Childhood and Teen Movies