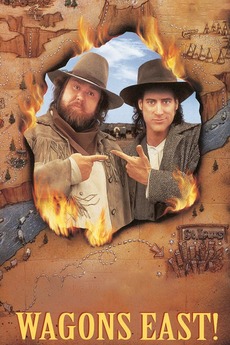 They came. They saw. They changed their minds.

After the 1860s Wild West, a group of misfit settlers - including ex-doctor Phil Taylor, prostitute Belle, and homosexual bookseller Julian - decide they cannot live in their current situation in the west. They hire a grizzled alcoholic wagon master by the name of James Harlow to take them on a journey back to their hometowns in the East.