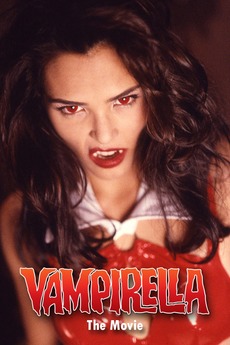 Dark, mysterious and sensual, Vampirella (Talisa Soto) is a princess from the Planet Drakulon. Like all vampires, she needs blood to live, but she will not kill to get it - a synthetic substitute keeps her alive. After journeying across space and time seeking vengeance for her father's brutal murder, she now finds herself on Earth, in Las Vegas, where her enemy Vlad (Roger Daltry) has disguised himself as a rock star. In order to stop Vlad's doomsday plan for world domination, Vampirella must make a dangerous alliance with a group of hi-tech vampire hunters. It's a race to stop the apocalypse of humanity and our fate is in the hands of the fiery, dangerous and beautiful Vampirella.

b-movies for the GIRLS

Movies in which a vampire appears.

Update: I had been trying to slowly find every movie that had a vampire in it, but that has already…