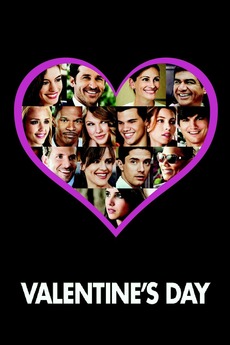 A Love Story. More or Less.

More than a dozen Angelenos navigate Valentine's Day from early morning until midnight. Three couples awake together, but each relationship will sputter. A grade-school boy wants flowers for his first true love. Two high school seniors plan first-time sex at noon. A TV sports reporter gets the assignment to find romance in LA. A star quarterback contemplates his future. Two strangers meet on a plane. Grandparents, together for years, face a crisis. An 'I Hate Valentine's Day' dinner beckons the lonely and the lied to.