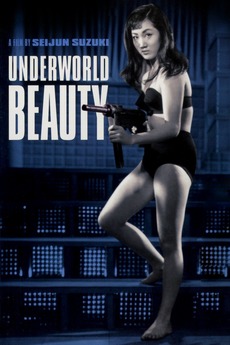 The moment he's released from prison, the honorable gangster Miyamoto recovers the stolen diamonds he had stashed before getting pinched. When he returns to his haunt to make good by friend who took a bullet for him, he is diverted by the greedy boss Oyane and his insatiable taste for Miyamoto's precious stones. Replete with film noir style, "Underworld Beauty" is one of Suzuki's best nods to the American gangster genre.