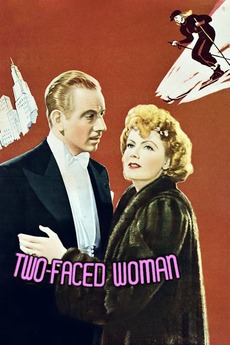 Love-laughs explode all over the place when Garbo plays twin sisters, and Melvyn Douglas loves both of them!

A woman pretends to be her own twin sister to win back her straying husband.

From The Screwball Comedy Films: A History & Filmography: 1934-1942 by Duane Byrge & Robert Milton Miller. Plus a handful of films…