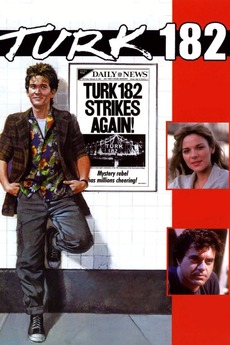 After New York City firefighter Terry Lynch is unable to receive any compensation for an injury incurred during the off-duty rescue of a young girl, he grows suicidal. Furious, his brother Jimmy attempts to have Mayor Tyler intervene, but the corrupt politician instead denounces Terry as a drunk. Determined to get justice, Terry begins a graffiti campaign of embarrassing slogans mocking the mayor, which soon captivates the city.

[For those of you who want to skip the full list and get right into some quality films about disability,…