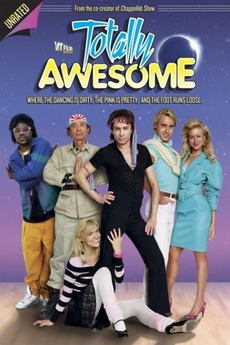 Where the dancing is dirty, the pink is pretty, and the foot runs loose.

Do you prefer to wax on or wax off? Preacher won't let you dance? Well then, put Baby in the corner and come on down, 'cause VH1 is bringing back more of the'80s you love in this feature-length film, Totally Awesome. The Gundersons have just moved across the country and the kids - Charlie, Lori, and Max - are trying their best to acclimate themselves into a new school and all kinds of dilemmas therein: the need to dance, the pitfalls of young love, the quest for popularity, scientific genius and of course the quirky but loveable Japanese gardener. Totally Awesome takes all your favorite '80s-flick mainstays and weaves them into the biggest and baddest plotline ever conceived. Tot say it is radical would be an understatement.

Because there are several great Punk lists on Letterboxd, such as Sally Jane Black's and Mangloid's masterful list. There are…

Scenes From a Mall: Malls in Film

(Part of my nostalgia series)

Movies in which a werewolf appears.

A comprehensive list of 80s coming of age movies, including teen and early twenties. Some great, some good, some not-so-good.…