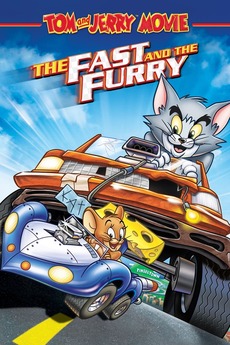 Tom and Jerry: The Fast and the Furry
JustWatch

Tom and Jerry: The Fast and the Furry

After being evicted from their old house by Tom's owner for causing major damage, cat and mouse Tom and Jerry enter a race entitled the "Fabulous Super Race" to win a mansion.

Here is a list of Hanna-Barbera's Tom and Jerry films both short and feature films are included.

Films with Cats on the film poster. Cause cats are the best.

AKA Forbidden Furries. Animated films and miniseries with animal protagonists, all with under 5k views on Letterboxd. This does not…

This list (which will be updated as frequently as I can) focuses on animation, from television to feature films to…