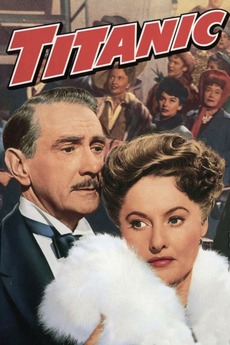 Unhappily married, Julia Sturges decides to go to America with her two children on the unsinkable Titanic. Her husband, Richard also arranges passage on the luxury liner so as to have custody of their two children. All this fades to insignificance once the ship hits an iceberg.