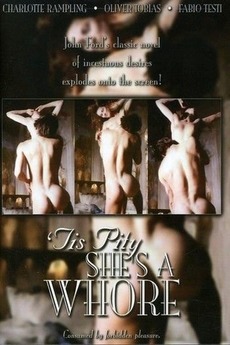 Annabella marries Soranzo. She happens to also be pregnant by Giovanni — who also happens to be her brother. Destiny, and jealousies threaten to expose her past, and Soranzo plots revenge. Based on John Ford's play, "Pity she's a whore", respecting its poetic text, and careful Italian Renaissance settings.

A listing of the films covered in EURO GOTHIC: CLASSICS OF CONTINENTAL HORROR CINEMA by Jonathan Rigby.