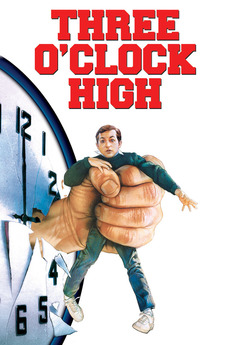 Nerdy high schooler Jerry Mitchell is assigned to write an article for the school paper about the infamous new delinquent transfer student, Buddy Revell. When Jerry accidentally invades Buddy's personal space and touches him, Buddy challenges Jerry to an afterschool fight in the parking lot, which Jerry tries to avoid at all costs.

The quintessential guide to teen movies, typically of the coming of age/romantic comedy variety.