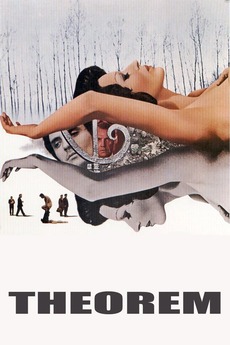 There are only 923 words spoken in “Teorema” – but it says everything!

A wealthy Italian household is turned upside down when a handsome stranger arrives, seduces every family member and then disappears. Each has an epiphany of sorts, but none can figure out who the seductive visitor was or why he came.