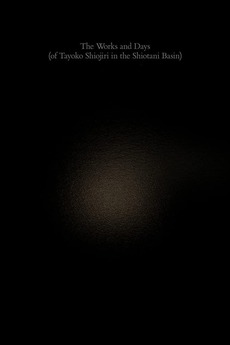 The Works and Days (of Tayoko Shiojiri in the Shiotani Basin)

An eight-hour fiction shot for a total of twenty-seven weeks, over a period of fourteen months, in a village population forty-seven in the mountains of Kyoto Prefecture, Japan. It is a geographic description of the work and non-work of a farmer. A portrait, over five seasons, of a family, of a terrain, of a soundscape, and of duration itself. A film-as-adaptive-landscape. A georgic in five books.