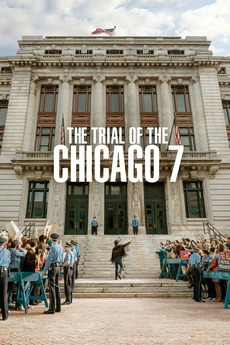 The Trial of the Chicago 7
JustWatch

The Trial of the Chicago 7

In 1968, democracy refused to back down.

What was supposed to be a peaceful protest turned into a violent clash with the police. What followed was one of the most notorious trials in history.

All nominated films across all key categories for the 93rd annual Academy Awards 2021. The Oscars will be held on…

PLEASE READ INFO BELOW BEFORE VOTING!! Inspired by GONZO but since he ain't doing it this year I thought I…

The main nominees for the Oscar 2021 ranked by number of nominations.

Welcome to the 2020–2021 motion picture awards season, where we keep track of the major feature film and feature documentary…

List constantly being updated. Yet to be added: Queen Bitch and the High Horse, The Life of Chuck , State…