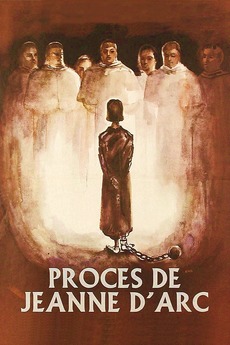 The Trial of Joan of Arc
JustWatch

The Trial of Joan of Arc

Rouen, Normandy, 1431, during the Hundred Years' War. After being captured by French soldiers from an opposing faction, Joan of Arc, the Maid of Orléans, is unjustly tried by an ecclesiastical court overseen by her English enemies.